This case study describes how their first floor rooms – described as problem rooms by hotel reception staff – were transformed by installing soundproof windows. This led directly to a welcome reduction in hotel noise complaints. 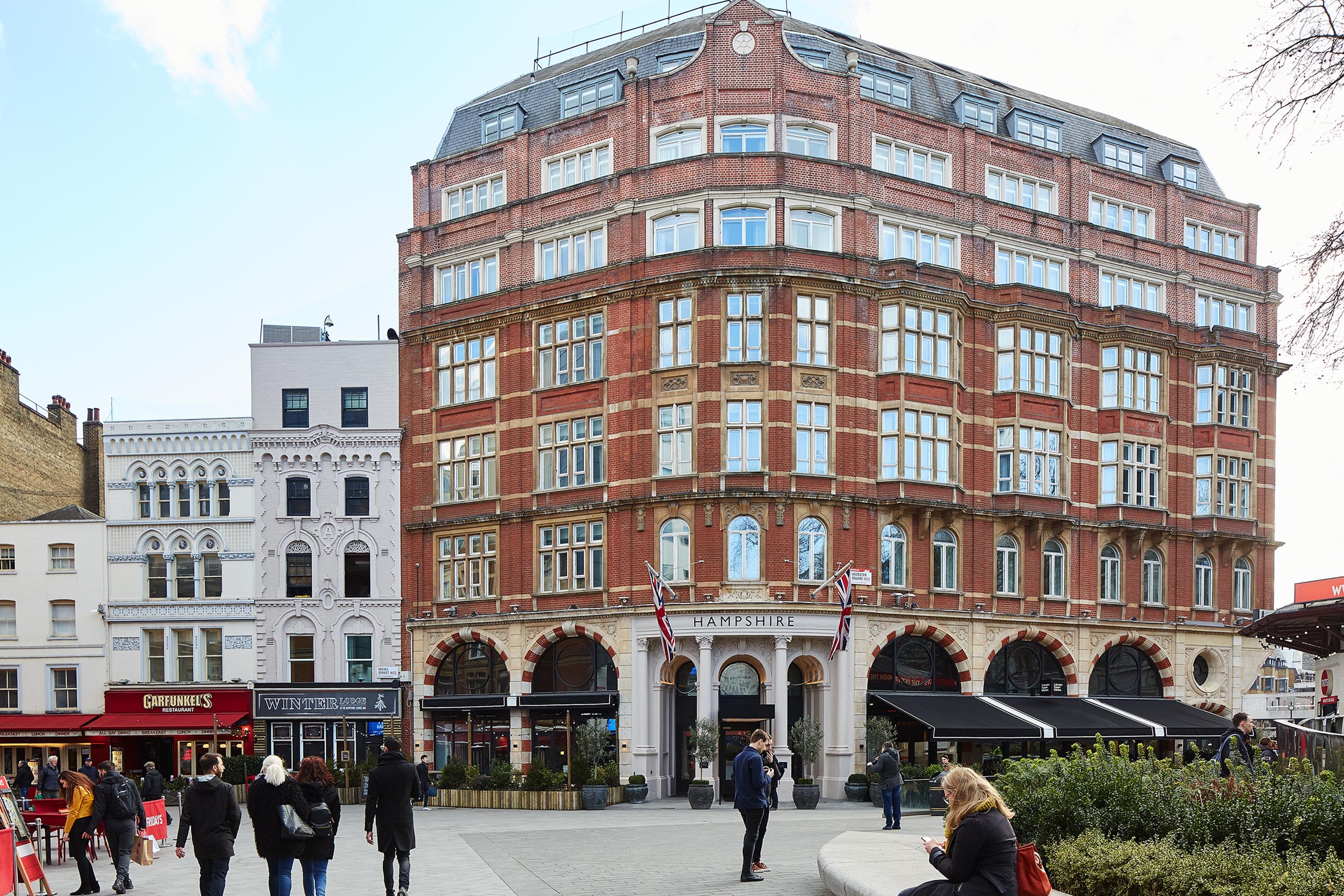 “Whereas before there was always a high risk of a complaint, now we can offer guests any room on the first floor with a new level of confidence.” – Guest Relations Manager

The improvement is the result of Hugo Carter’s specialist expertise. The company has been reducing the impact of noise pollution for both hoteliers and homeowners for decades. Our team knows all the appropriate hotel noise regulations and exactly how to reduce noise in a hotel room.

The Radisson Blu Edwardian Grafton has 330 bedrooms including elegant Individual, standard, premium and family rooms, as well as ten luxurious suites. Its 19th-century heritage means each room has a unique layout including stylish contemporary bathrooms. It conveniently sits in the heart of London’s Soho theatre and bars district, making it ideal for tourists.

The hotel’s location, on one of London’s busiest streets, surrounded by late opening bars, clubs and restaurants, unfortunately, means its first floor rooms were particularly prone to the effects of outside noise. Of the solutions available, the management recognised installing Silent Windows by Hugo Carter was the best. 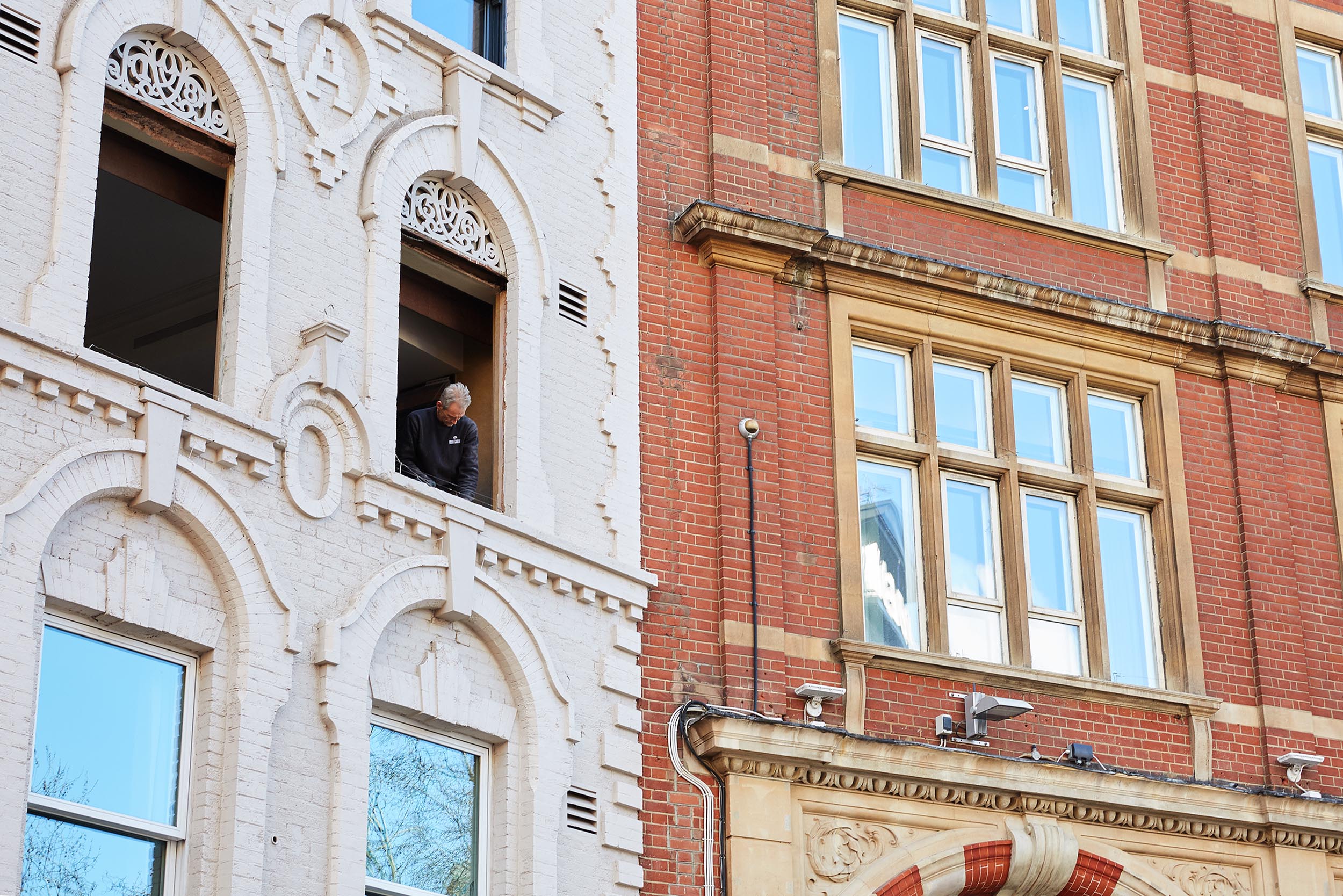 This is not a surprise. The sound of London traffic can exceed 55 decibels which is equivalent to running an industrial dishwasher in your room. Far from ideal, if you are trying to get a good nights’ sleep. That’s not to mention the sound of restaurants, bars and clubs closing, letting merry revellers out often in the early hours of the morning.

“For our team manning reception, the rooms on the first floor used to be the last rooms we offered – as we knew the potential risk of guests being disturbed by traffic. “ – Guest Relations Manager

It was clear something had to be done to maintain Radisson Blu Edwardian Hotel collections reputation for quality and ensure satisfied guests kept coming back for more.

Based on the requirement to reduce noise complaints at the Radisson Blu, the Silent Windows installation team first visited the hotel to survey the one room that was to act as a pilot. Would the windows make a difference? Would installing soundproof windows in all the first floor rooms be a sound investment? It made sense to gather the evidence first.

The installation team took measurements in room 109, determined the best installation method and, importantly, measured the sound reaching sleeping guests. This would provide a before and after benchmark.

The results of the survey were forwarded to the design and build team at our factory. Each bespoke window was then designed, assembled and constructed using high-quality hardwood, specialist noise-reducing glass and supporting acoustic materials that keep vibration to a minimum.

The Radisson team were kept informed throughout this process until the new completed windows were delivered from the Silent Windows warehouse.

Installation was carefully managed to avoid disruption to guests and lost revenue for the hotel. We worked as speedily as we could without compromising the quality of the fit. On completion of the pilot room, a thorough check was done to ensure that all windows met our own high standards – for both acoustic and aesthetic excellence.

Once the improvement had been noted in the first room, the Radisson Blu Edwardian Hotel, Tottenham Court Road management approved soundproof windows installation for all their first floor rooms.

The Radisson Blu Edwardian Hotel, Tottenham Court Road wanted to reduce hotel noise complaints in its first floor rooms in particular. Its location, in the middle of London’s busy Soho and West End. meant guests were prone to interruptions from traffic and late-night drinkers and party-goers. Before the installation of soundproof windows, reception staff had offered first floor rooms only when others were full because they knew the likelihood of complaints the next morning was high.

Following the installation of soundproof windows, reception staff did not need to feel hesitant about booking guests into the first floor. There was, as a result of taking steps to reduce noise, no extra risk of complaints. The difference was clear to everyone. 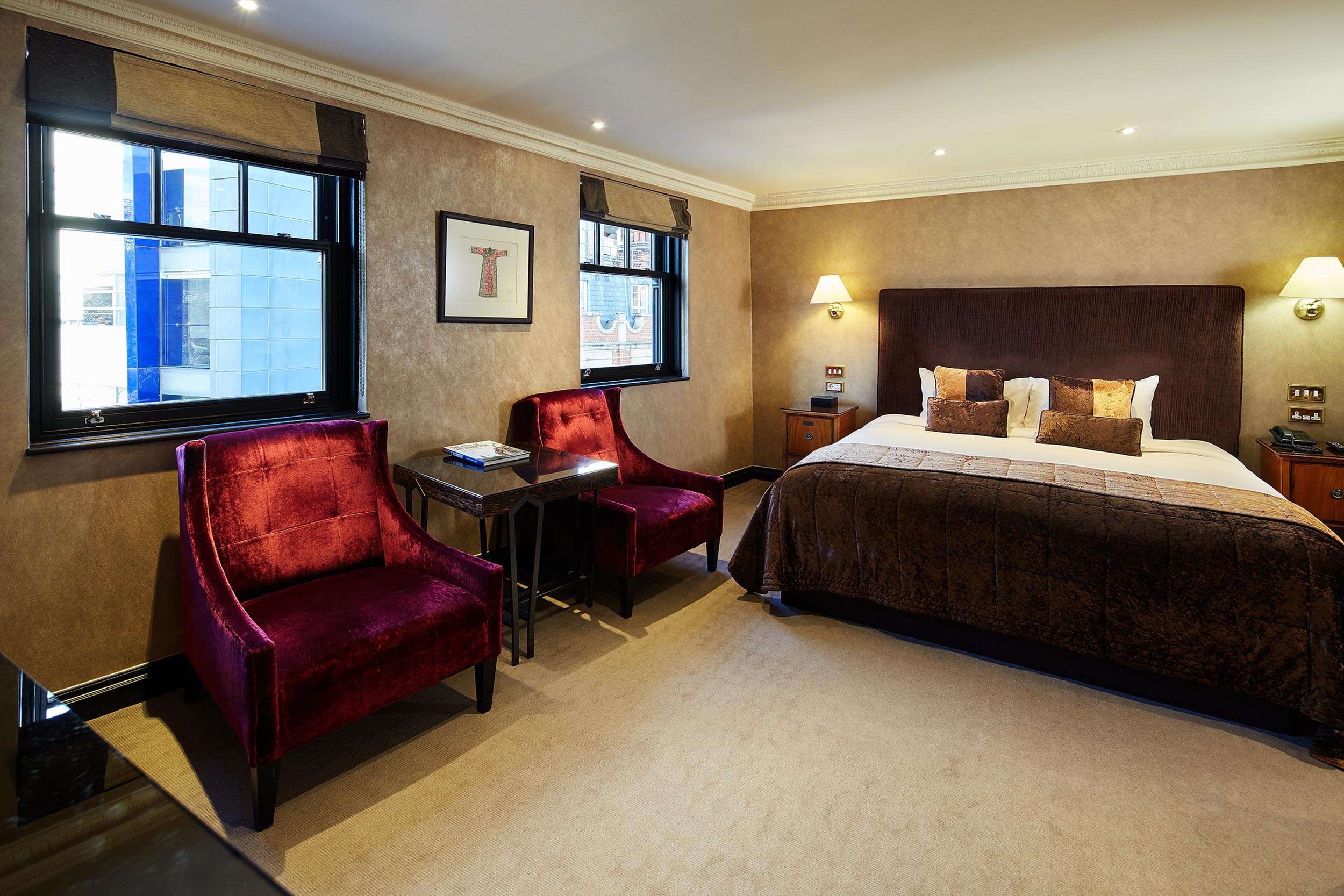 “The difference was unbelievable. Absolutely amazing. When I first went into the room, it was the first time I could actually hear the air conditioning…” – Hotel Chief Engineer

As well as reduce complaints, quieter rooms have given the group a competitive edge over other city-centre hotels. Happier customers, of course, leads to happier staff who now no longer have to worry about how much sleep guests are getting.

Soundproof windows certainly proved a worthwhile investment in this case.

“Already it’s clear that the investment we’ve made has been a worthwhile one. Since the windows were fitted, we’ve seen how the issue (of noise) has been drastically reduced.” – General Manager

What might reduced noise complaints mean for you and your business? Contact the Silent Windows by Hugo Carter team to find out. They can arrange a no-obligation visit to help you improve your guests’ experience of staying with you.